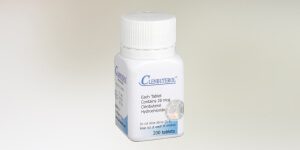 Enhance your performance by using Clenbuterol

Clenbuterol can be defined as steroid that was traditionally used in the treatment of breathing disorders such as asthma. It is currently being used as a performance enhancing drug in professional sports. It works in different ways when compared to other steroids. It primarily functions as a fat burner as well as a thermogenic aid. The steroid induces thermogenesis in the body once administered and leads to the melting away of fat cells. It has a chemical structure that is very similar to that of epinephrine in addition to having some pharmacological similarities. Clenbuterol is manufactured by various companies for different purposes.

Physique athletes and body builders are the people who mostly use it to get rid of fat located around the muscles via acting on hormones such as noradrenaline, dopamine and adrenaline. Their aim for using Clenbuterol is to enhance performance.

Those who should not use it:

There are categories of individuals who should not use Clenbuterol, these are people with a history of heart problems and those diagnosed with high blood pressure.

Clenbuterol steroid stimulates metabolism through increasing the temperature of the body rather than actively attacking fat cells. When the body temperature elevates, fat is burned at a faster rate. This is because beta-2 stimulation in turn stimulates the mitochondria of the cells to produce more heat and consequently release that heat.

This steroid first acts as a stimulant then as an anabolic steroid. The stimulant effects it has are quite potent leading to a few side effects. Its anabolic effects are secondary.

In reality, the functions of Clenbuterol are very straightforward and simple to comprehend.

There are various ways by which Clenbuterol cycle can be run and this is dependent on individual needs. Generally, its cycle dosages start low and gradually increase for the purposes of tolerance. A typical Clenbuterol cycle will last for about four to eight weeks.

There are several benefits that Clenbuterol has, these include the following:

In a therapeutic setting, the steroid doses will mostly be 20mcg per day with a few patients requiring around 40mcg per day. However, in a performance setting doses will mostly start low but gradually increase overtime. A majority of men begin with a dosage of 40mcg per day. Most men consume four to eight tablets per day while women take two to four tablets every single day. As the body of the patient adapts to Clenbuterol, the dose has to be increased as well so that the full fat loss benefits are maintained. Following dosage guidelines of Clenbuterol is what determines if will exhibit harmful effects to a patient or not.

There are a few side effects that are associated with Clenbuterol, these include:

The above side effects are only pronounced in the early stages of Clenbuterol administration but have been known to subside once the patient’s body gets accustomed to it.

Clenbuterol is considered safe when taken in the recommended dosages and in the proper cycle. Using it without taking proper precautions may also make Clenbuterol unsafe.

Clenbuterol steroid is available in 20mcg, 40mcg, 60mcg, 100mcg as well as in 200mcg pills. Injectable, inhalers, liquid syrup form, bulk powder and even spray pens. These caters for all manner of preferences with regard to administration of Clenbuterol.

Clenbuterol is an effective steroid and the real deal with regard to achieving results. However, it should be used responsibly, patients should diet hard and listen to their body if they expect to make its use worthwhile.

How to add muscle mass at a rapid rate with Dianabol?
27 January 2017

All You Should Know About Testosterone Cypionate
26 January 2017

Learn How to use Deca Durabolin correctly
18 January 2017